Serving individuals in Los Angeles, California, Prairie Health specializes in providing online psychiatry services to help adults struggling with depression or anxiety. We approach mental healthcare in a modern and sophisticated manner through the use of online care, genetics-informed medication plans and ongoing support.

Or schedule a free consultation to learn more.

Prairie's highly-skilled psychiatrists can help you with a variety of mental health conditions.

Our expert psychiatrists specialize in a variety of psychiatric problems, and collectively offer decades of experience treating adults with various conditions, including but not limited to the following:

While Prairie is working to expand our support to more patients, we are unable to prescribed controlled substances, which are often used for the treatment of the following :

Our doctors can prescribe non-controlled mental health medications, including SSRIs, NDRIs, SNRIs and alpha-agonists. In most cases, prescriptions involve one (or more) of the following medications:

Our incredible team of psychiatrists serving Los Angeles can help you to regain your mental health with the following services.

Prairie Psychiatry enables our clients to enjoy a clinical experience in the comfort of their own homes. We offer:

Your DNA directly affects how your body metabolizes medications, and genetic testing is integral for analyzing this.

Our custom depression treatment mixes the traditional success of mental health medicine with in-depth video chats with a trained psychiatrist.

Anxiety disorders are one of the most common mental health issues in California. Our custom anxiety treatment wants to change this.

Rated 4.95/5 by members who have gone through Prairie's care program

Want to learn more? Check out these posts.

The evidence for using genetic testing in mental healthcare is clear and growing. Learn more about why pharmacogenomics is used and the research behind it. 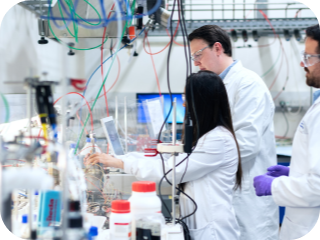 Spoiler alert: these genes all relate to how your body processes and responds to medication, rather than any genes related to family history or health conditions. 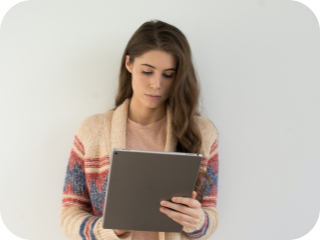 How to make sense of your pharmacogenomic test results

Wondering what the report actually looks like? In this post we show an example report and an overview of how your doctor interprets what's included.

Here are some common questions.

How does Prairie work?

1) Schedule a judgment-free, full-length evaluation with one of our highly-trained psychiatrist with $0 down. The evaluation will be conducted via a secure, online video visit and lasts about 50 minutes.

3) Schedule a judgment-free, full length evaluation with one of our highly-trained psychiatrist. The evaluation will be conducted via a secure online video visit and runs about 50 minutes in length.

4) During the first online visit, your provider will work with you to determine which treatment, if any, is appropriate.

6) If a prescription renewal is due while you are between provider visits, reach out to your Care Coordinator, who will get the prescription ready for you.

Do you accept my insurance?

Prairie accepts Medicare and some commercial insurances like Anthem Blue Cross and Cigna. Prairie does not accept any other health insurance at this time, including Medicaid. However, we can provide you with a ‘Superbill’ to submit to your insurer for out-of-network reimbursement.

You are solely responsible for payment. However, you may be able to use their insurance to cover their medication copay if you decide to opt out of medication delivery and use your own pharmacy.

Do you accept HSA/FSA?

Yes. We can accept HSA/FSA in one of the following ways:

(1) If you have a HSA/FSA account with a connected card, you may use your card as payment when booking an appointment.
(2) If you need to submit a receipt for HSA/FSA reimbursements, we'll make the process easy by providing you with an itemized receipt upon request.

Are the visits online or in person?

How much do visits cost?

Your first visit, a 50-minute intake, costs $295, which will be charged after the appointment occurs. Follow-up appointments cost $160 and are 20 minutes. Prairie now also accepts Medicare as a form of insurance.

How much do the medications cost?

If you get your medication delivered with Prairie, all medications will be provided at a flat price of $15 per monthly quantity of a single medication, regardless of your insurance plan.

If you decide to pick up your medication at a local pharmacy, your medicaation co-pay will depend on your insurance plan and benefits. Without insurance, medication price can range between $40~$80 per month.

If you’re in emotional distress, text HOME to connect with a counselor immediately.

If you’re having a medical or mental health emergency, call 911 or go to your local ER.